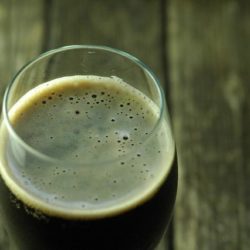 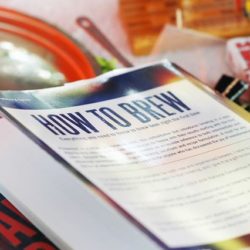 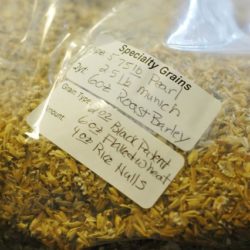 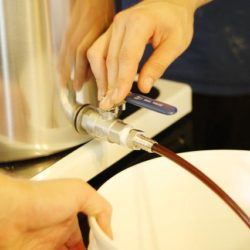 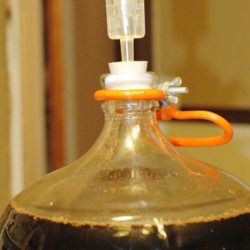 Recently Dani and I were having a heart to heart about what made us both happy, and how we wanted to be more purposeful with our time, energy, and finances so that we don’t wake up some day, well down the road from now, and realize we gave up the joy of living trying to be too realistic. It’s easy for the cares of this world to overtake your dreams, and dull your imagination. We have decided not to let that happen.

One of my longest running dreams has been to become a brew master, and to some day maybe run a little brewery in a community that knows and celebrates good brew, and its ability to bring people together to celebrate even more importantly – life. If you don’t know what I am talking about, don’t throw the beer out with the bath water just yet because we plan to begin to document our journey towards brew master and beyond right here on The Adventure Bite.

Having grown up in the Pacific North West, non-craft domestic beers never had a sud’s chance in a warm glass at filling my refrigerator shelf space. Back home there is a whole culture around beer, wine, coffee, and of course food, that mammoth sized breweries don’t understand or have forgotten about. It’s about the all mighty dollar for them, and they’re willing to flood the marketplace with subpar beer in order to get their share. But this isn’t a story about Anheuser-Busch.

And I would be a hypocrite if I were to imply that I turn down Pabst when it is offered to me. My point is that my fascination with brewing doesn’t boil down to drinking for drinking’s sake.

And considering that I was born the same year most people attribute to the rise of the Craft Beer revolution, and grew up in one of the most densely populated regions for Craft Breweries in the U.S., many of which founded the revolution in the first place, I feel I have an extra dose of appreciation for all that brewing is, and can be.

My first introduction to brewing beer was with my older brother Alex. He bought a used extract brewing set up from someone clearing out his garage in the local classifieds (there wasn’t a Craigslist back then). We used the most basic of kits. I can’t remember now if we even added hops to our boil. I think it may have already been added to the extract we bought.

I remember standing over the stove top stirring while my brother poured over his first edition copy of The Complete Joy of Home Brewing by Charlie Papazian. The timing of this first foray into home brewing was such that when I turned 21 about 16 days later, one of my “first” beers was our very own brew. I was hooked.

I’ve dabbled in home brewing off and on ever since. While at the University of Oregon, two of my college buddies and I developed a business plan for a micro brewery concept we had. The project carried us through most of our senior year, and we managed to work on it as a class project in many of our core business classes. We actually won the schools business plan competition, and would have been able to compete at the state level had the timing been just a little different!

Another college friend of mine borrowed a copy of our plan, along with a book on how to start a brewery, and together with his brother, gleaned information for their own brewery startup. A little later on I sold them their first life insurance policies in order for them to get financing for their brewery (I worked for Farmers Insurance at the time).

Oakshire Brewing is now one of the coolest breweries in Oregon in my own opinion. Dani and I had them bring out four kegs to help us celebrate our wedding day. Their beers complimented a huge Cuban style pig roast, at our outdoor reception.

I have frequently rubbed shoulders with the industry, and Dani and I both are part of the rich culture surrounding craft brewing, but the timing has never been right for us to dip our own feet into the vat, not that I would waste a good beer that way…

But this time is different. We are excited about the changes and plans we are making in order to see our dreams come true, and we are excited you are along for the ride. Maybe we will teach each other a few things along the way. So please, keep checking in on our progress, and Cheers!

This post was shared at the Homestead Barn Hop!

6 thoughts on “Brew Master And Beyond”