With the kitchen project somewhat, hopefully, prayerfully coming to a wrap up soon we are left with only a few things left on our list:

Stage 1 (preventing flooring from going in)

It’s nice to realize we actually are making huge amounts of progress over time. It is easy to get discouraged with our progress when we don’t take the time to look back at all we have accomplished.

The next step in the work is the backsplash and since it was my begging and pleading with Kevin to let me try my hand and our dollars at it, it’s pretty much my job. That being said he realizes that “my jobs” usually involve him too. He’s such a sweet dude.

We were in a bit of a conundrum with the backsplash though because we have a split surface on which we are trying to tile. The top half has been textured and the bottom half is paneling with a gap in between. 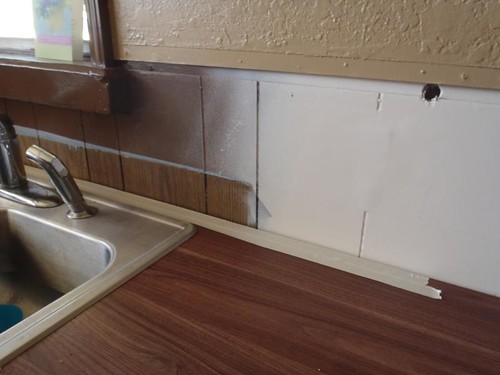 After successfully removing the bellyband I proceeded to stare at it and then research, research, research, discuss with kevin, stare it and research some more. What I finally determined and we agreed was the right course of action was to remove the paneling and replace it with cement board. We brought home the SimpleMat product from Home Depot:

Which we ultimately returned but really considered using it, we were going to secure the paneling as best we could and float the seam somehow and use the Simple Mat. But but we decided that it would most likely crack over time and we really didn’t want to redo it. If we didn’t have such a complex area though we definitely were going to try it out.

All this being said the decision to cut out the paneling came after we had already installed the countertop making it a much more cautionary task. We taped all the edges of the countertop. 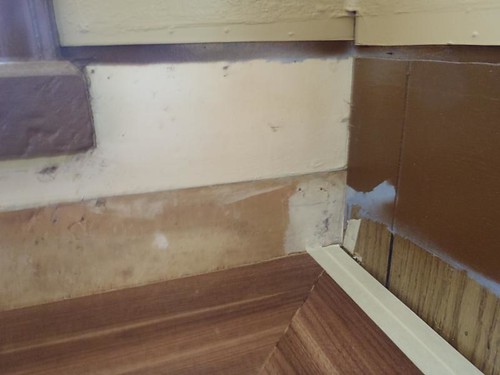 And Kevin very carefully used the dremel tool to cut along the entire edge of the counter. 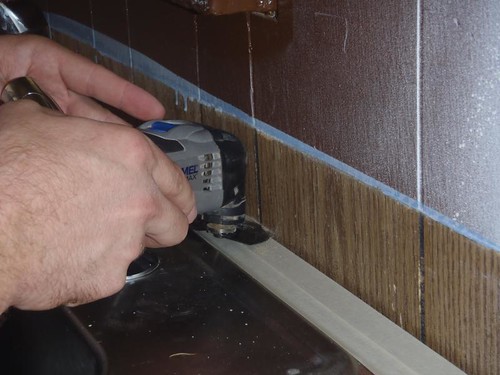 And across the wall at the same height since we will be extending the tile behind the stove. 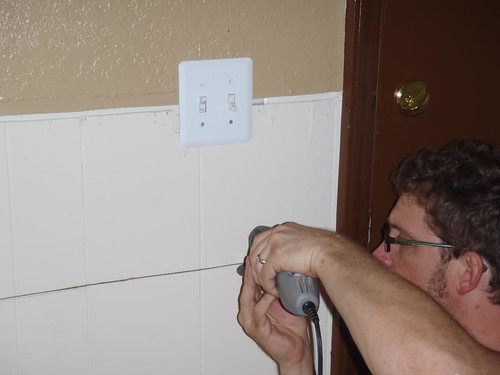 Then he used a new blade on the utility knife and finished removing any lingering particles. 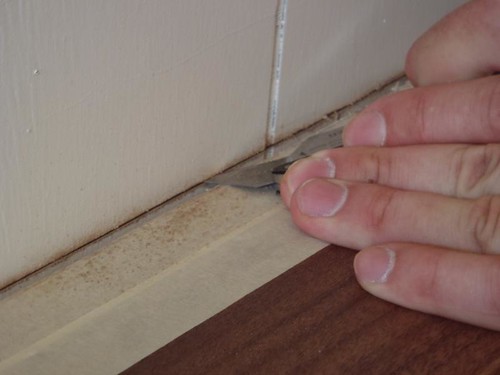 Finally we pulled it off and removed all the nails. It went very smoothly and relatively fast.

In the process however we finally took a good look at the electrical boxes that sit behind the stove. There is a regular outlet there as well as the stove power outlet which has always been an eyesore. It was secured sideways which was obnoxious and because they brought the power cord down where there was no stud it was literally just nailed into the the paneling and was hanging strangely. 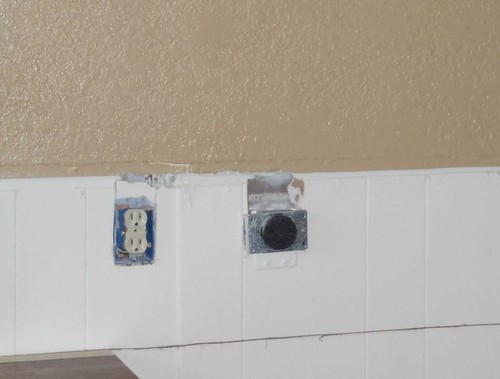 Kevin bought a new box for the outlet so that it could sit upright and in the process discovered that we had a dryer outlet hookup instead of an oven hookup! The guy at Home Depot was more than a little concerned as he explained that a dryer hookup like ours was rated at 30 amps and an oven operates at 50 amps. Basically this means that at any point where we were using the oven and burners we could have overloaded it and had it ignite on us. Nice. 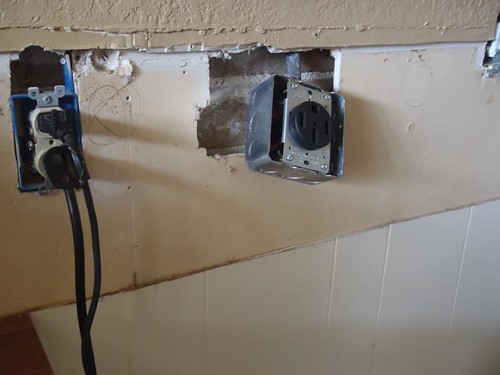 So a new plug and new cord for the oven set us back some cash we weren’t expecting but we are happy to know that we are safe now. When Kevin took the back off the stove to rewire it some of the insulation was singed already so we were so thankful that we took the time to fix the eyesore the right way! 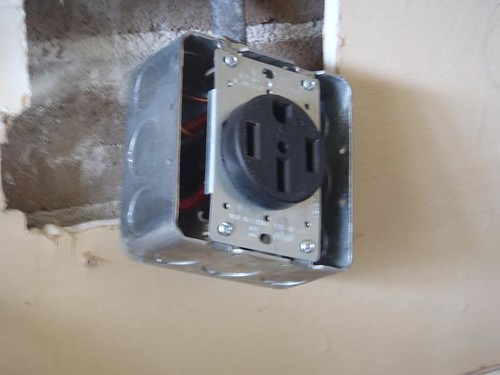 Since there was no stud to attach it to within cutting the wall and raising the plug into a more visible location Kevin screwed the box into the brick. Which turns out to be much easier to do than screwing into concrete. He was actually able to do it without the hammer drill which is great because we don’t actually have one of those so we have to borrow one from the church. 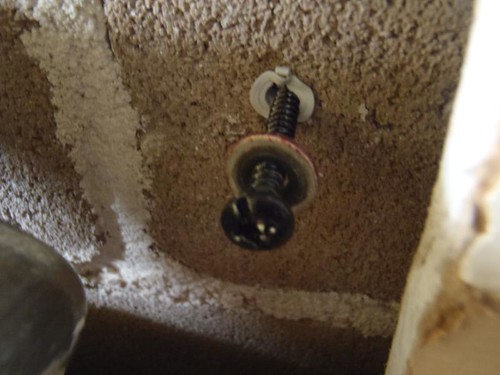 It worked just fabulously! I had suggested that we swing it out to the stud since I wasn’t sure if this method was to code or not but I think it turned out really great and was much simpler and cleaner. 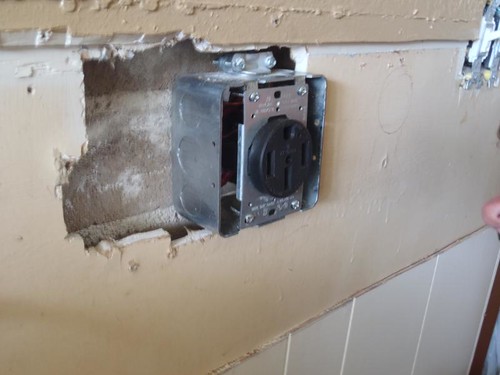 We have decided that it would be silly to go through the effort of patching that area with drywall since it is going to get covered with cement board so that is all we are going to do until then. After that a quick sand on the rough areas of the upper wall and we will be ready for tile!

What have you been up to lately? Got any good “I dug into something an unintentionally found some totally wrong” stories?

5 thoughts on “Danger Will Robinson Danger….”