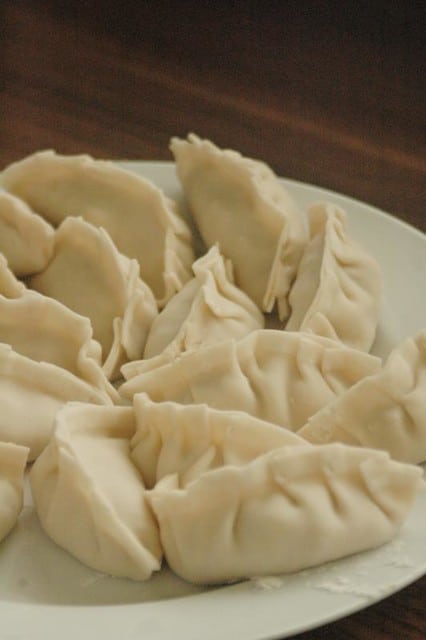 I have a love-hate relationship with potstickers. Well, truth be told I love everything about them. Their perfect little folds of dough. The crunch when they are fried. The chewy goodness when they are steamed. The slightly terrifying appearance of their translucent skin wrapped around a brain looking a piece of filling. The smell of cabbage and ginger that comes pouring out as you take that first bite of each one. 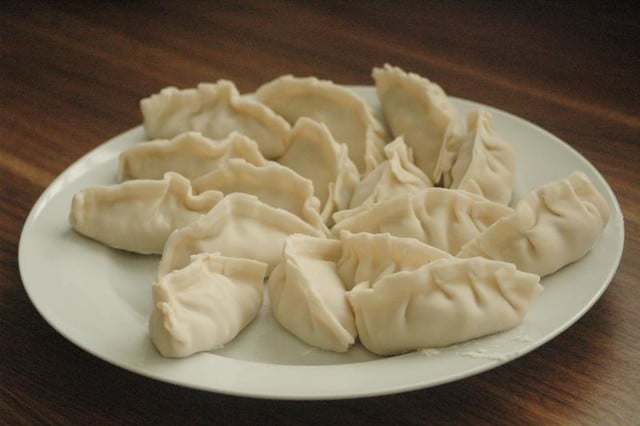 Don’t get me going on sauces. Soy sauce and spicy sauce and that crazy delicious sticky sauce…..plum sauce I think it is? Or it might be a sweet chili sauce….whatever it is they have it at the Asian restaurants and it’s like crack. This sauce over at Ali-Babka looks tasty and similar to my obsession.

Then there’s the teriyaki sauce that Mom always made them with, Yoshida’s teriyaki. Bane of my existence as a child. She would take them and steam them, then crisp them up, then caramelize the tar out of them in that sticky delicious sauce until they were perfectly coated and even had crunchy bits of teriyaki sauce on the edges.

I told you. I love them.

But I hate them. Because whenever I make them at home I eat as many as I prepare. Quite literally. A whole bag? I eat the whole bag.

40 homemade potstickers? Yup. We ate every single last one of them.

There seems to be something about these tiny morsels of flavor that causes me to lose all sense of rationality.

It’s like those mini-Snickers bars you get at Halloween. Oh, I’ll just have one…..or a thousand. Lord have mercy. They sneak in like little gremlins and sew my clothes tighter at night while I sleep.

So. Needless to say, since we aren’t both 500 lb people….we don’t make potstickers very often in this house. And we had never made any from scratch so these were quite a treat.

Perhaps in the future, I will make up a ton of these and freeze them. It seems to be the only way we are successful at portion control in this house. But that would be oh so responsible of me. Maybe I like my dysfunctional relationship with the potsticker.

Some kind of filling is in order. 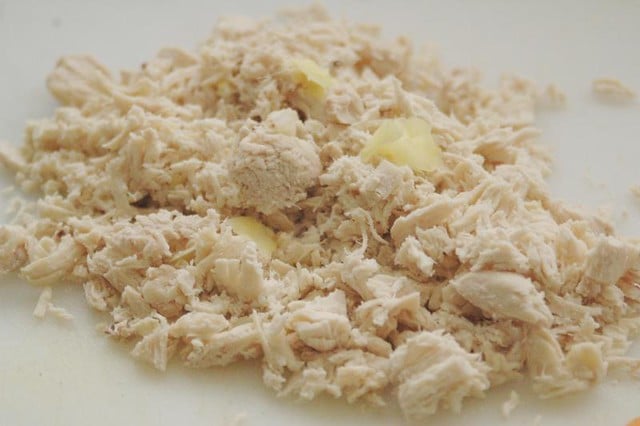 Really you can fill these babies with just about anything you like.

We started with chicken and ginger. 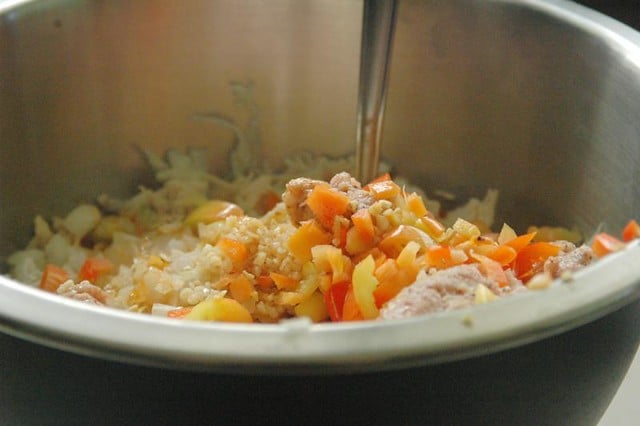 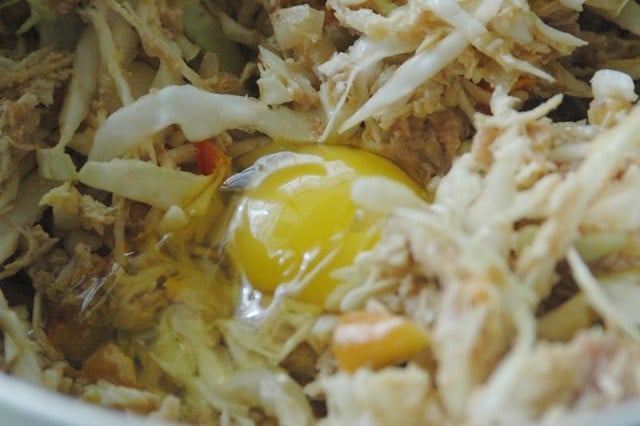 Tons of cabbage and an egg or two to help bind it all together. 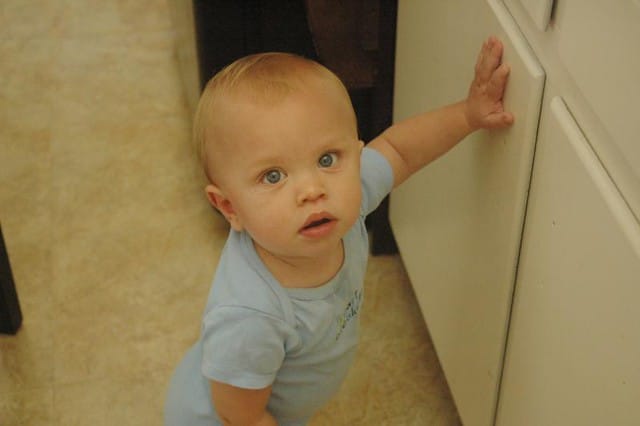 I kind of made these a long time ago and never shared it with you. Proof in the fat baby cheeks. 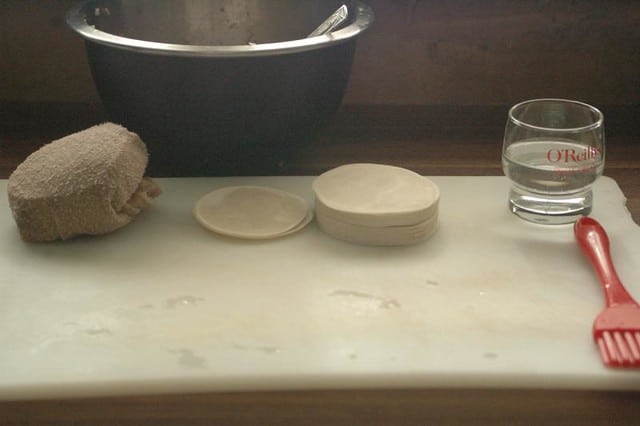 We found these ones at the H Mart…..a giant Asian grocery store up near Atlanta. I’ve heard rumors that you may be able to find them at our local grocery store but make no promises. They are normally in the freezer section with wonton wrappers and such goodness.

The assembly station worked well. Start by wetting the edges of the wrapper with the pastry brush dipped in water. Then pinch and fold. Pinch and fold.

Really honestly the tutorial we followed over at Use Real Butter is phenomenal. Go read it and see the pinch and fold in action. While it’s not quite as impressive as the Bend and Snap….it is ultimately much more filling.

Then steam them. And then fry them. 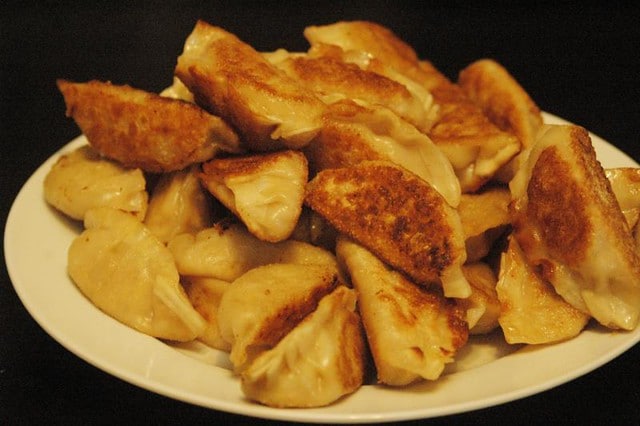 Eat at least half of them straight out of the pan with a fork. 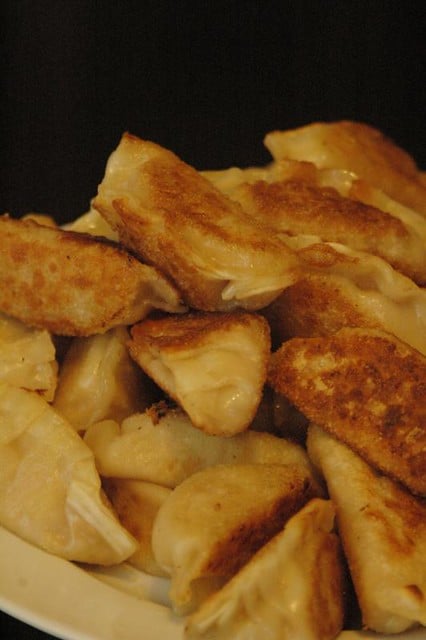 But save yourself at least a few to eat with a bit of chicken broth and some spicy sesame oil. And maybe some teriyaki sauce and maybe some Sriracha and…..well….don’t say I didn’t warn you that this would happen. 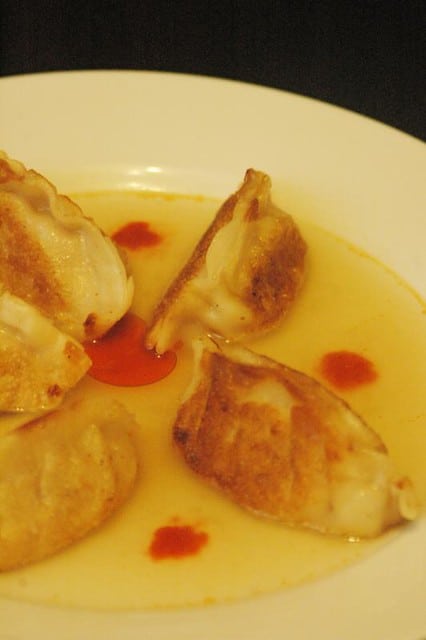 Thanks to Use Real Butter for the great recipe and tutorial which can be found here.